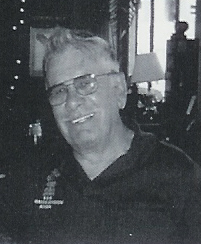 Arthur G. Barbosa, United States Marine Corps: For extraordinary heroism while serving as a Machine-Gun Squad Leader of Company E, Second Battalion, Fifth Marines, First Marine Division ( Reinforced), in action against enemy aggressor forces in Korea on 15 April 1952. When his platoon’s outpost was subjected to a night attack by a numerically superior enemy force employing a heavy barrage of artillery fire, Sergeant Barbosa skillfully maneuvered his squad under heavy machine-gun and rifle fire to more favorable positions and effectively directed his men in pinning down hostile gun positions, permitting the remainder of his platoon to reorganize and form a tighter perimeter. As the enemy attack gained momentum, inflicting casualties upon all of his men except one, he quickly manned his machine gun and placed it at a vantage point to cover both sides of the opposition’s route of attack. Braving withering hostile fire, he expertely deployed his weapon and vigorously engaged the enemy at extremely close range, personally repelling three assaults on his sector, killing an estimated twelve of the enemy and wounding numerous others. Unyielding in the face of heavy odds, he constantly shouted words of encouragement to his fellow Marines and directed the evacuation of his wounded comrades. Painfully wounded during the first batte, Sergeant Barbosa, by his aggressive fighting spirit, exceptional courage and marked fortitude, served to inspire all who observed him and upheld the highest traditions of the United States Naval Service.