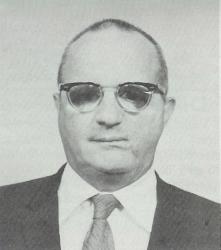 Captain DONALD J. ARTHUR, for extraordinary heroism …on 3 October 1951, near Chorwon, Korea, Captain Arthur, commanding officer of an infantry company, led his men against a large hostile force occupying a strategic hill. As his men struggled to advance, Captain Arthur instructed them to fix their bayonets and prepare for a frontal assault. When he gave the order to charge, with utter disregard for his personal safety, he charged up the slope and leaped into an enemy position. His men, inspired by his fearless actions, moved forward in a body and engaged the hostile troops in close combat. While attempting to drive the enemy from an emplacement, a grenade exploded, seriously wounding him. Although he tried repeatedly to continue to lead the attack, his wounds made this impossible. His men, imbued with his own courage, overran the hostile emplacements and secured the ojective.