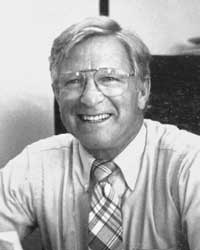 SECOND LIEUTENANT GEORGE W. ALEXANDER, JR., United States Marine Corps. For extraordinary heroism as Intelligence Officer of the Third Battalion, Fifth Marines, First Marine Division (Reinforced), in action against enemy aggressor forces in Korea on the night of 8-9 April 1952. Learning that a returning combat patrol had suffered heavy casualties and had been forced to break contact with the enemy before recovering the body of the platoon leader, Second Lieutenant Alexander unhesitatingly volunteered to lead a party into hostile territory in a daring attempt to recover the deceased officer. Organizing a seven-man patrol, he bravely led his unit in fighting off repeated attacks by numerically superior hostile forces en route to the objective, personally killed three of the enemy, and pushed on toward his destination in the face of intense enemy mortar, small-arms and grenade fire. When a member of his unit was wounded, Second Lieutenant Alexander promptly killed one of the enemy who was attempting to capture the stricken man and, while skillfully directing the fire of his automatic riflemen, laid down effective fire with his own weapon until the success of the mission was assured. Throughout a period of three hours, he gallantly maneuvered his patrol across flooded rice paddies in the daylight under persistent enemy small-arms and mortar fire and successfully led his unit into friendly lines with the body of the missing platoon leader. By his outstanding courage, superb leadership and unswerving devotion to the fulfillment of his mission at the risk of his life, Second Lieutenant Alexander served to inspire all who observed him and upheld the highest traditions of the United States Naval Service.