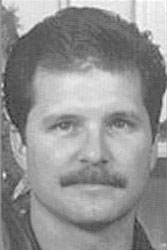 TSG JOHN A. CHAPMAN, was awarded the Air Force Cross for extraordinary heroism in military operation against an armed enemy of the United States as a 24th Special Tactics Squadron, Combat Controller in the vicinity of Gardez, in the eastern highlands of Afganistan, on 4 March 2002. On this date, during his helicopter insertion for a reconnaissance and time sensitive targeting close air support mission, Sergeant Chapman’s aircraft came under heavy machine gun fire and received a direct hit from a rocket propelled grenade which caused a United States Navy sea-air-land team member to fall from the aircraft. Though heavily damaged, the aircraft egressed the area and made an emergency landing seven kilometers away. Once on the ground Sergeant Chapman established communication with an AC-130 gunship to insure the area was secure while providing close air support coverage for the entire team. He then directed the gunship to begin the search for the missing team member. He requested, coordinated, and controlled the helicopter that extracted the stranded team and aircrew members. These actions limited the exposure of the aircrew and team to hostile fire. Without regard for his own life Sergeant Chapman volunteered to rescue his missing team member from an enemy strong hold. Shortly after insertion, the team made contact with the enemy. Sergeant Chapman engaged and killed two enemy personnel. He continued to advance reaching the enemy position then engaged a second enemy position, a dug-in machine gun nest. At this time the rescue team came under effective enemy fire from three directions. From close range he exchanged fire with the enemy from minimum personal cover until he succumbed to multiple wounds. His engagement and destruction of the first enemy position and advancement on the second position enabled his team to move to cover and break enemy contact. In his own words, his Navy sea-air-land team leader credits Sergeant Chapman unequivocally with saving the lives of the entire rescue team. Through his extraordinary heroism, superb airmanship, aggressiveness in the face of the enemy, and the dedication to the service of his country, Sergeant Chapman reflects the highest credit upon himself and the United States Air Force.