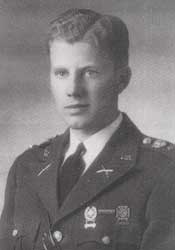 2ND LIEUTENANT LUTHER SIDNEY GUSTAFSON, 39th Regiment, 9th Division, U.S. Army, Tunisia, North Africa. For extraordinary heroism in action in April 1943, in the Battle of Tunisia. During the advance of Lieutenant GustafsonÃ­s battalion of Hill 382, he led a combat patrol to secure this position. When the patrol came under intense enemy machine gun fire, Lieutenant Gustafson deplored them to form an effective firing line while he made a personal reconnaissance of the emplacement. Locating the guns, he single-handedly attacked it with grenades and pistol and silenced it. During this heroic action, Lieutenant Gustafson lost his life, but his fearless leadership and spirit of self-sacrifice so inspired his men that they held their position until reinforcements were brought up. His devotion to duty and personal courage are outstanding examples of the finest ideals of the military.