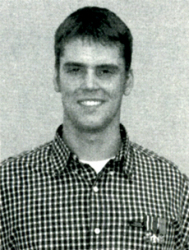 For extraordinary heroism while serving as Squad Leader, Company K, 3d Battalion, 1st Marine Regiment, Regimental Combat Team 1,1st Marine Division, I Marine Expeditionary Force, U.S. Marine Corps Forces, Central in support of Operation IRAQI FREEDOM on 13 November 2004. During a ferocious firefight with six insurgents fighting inside a heavily fortified house, Corporal Mitchell courageously attacked the enemy strongpoint to rescue five wounded Marines trapped inside the house. Locating the enemy positions and completely disregarding his own safety, he gallantly charged through enemy AK-47 fire and hand grenades, in order to assist a critically wounded Marine in an isolated room. Ignoring his own wounds, he began the immediate first aid treatment of the Marine’s severely wounded leg. Assessing that the Marine needed immediate intravenous fluids to survive, he suppressed the enemy, enabling a Corpsman to cross the impact zone. Once the Corpsman arrived, he moved to the next room to assist other casualties. While running across the impact zone a second time, he was hit in the left leg with a ricochet off of his weapon and with grenade shrapnel to the legs and face. While applying first aid, he noticed a wounded insurgent reach for his weapon. With his rifle inoperable, he drew his combat knife, stabbed the insurgent, and eliminated him instantly. Demonstrating great presence of mind, he then coordinated the casualties’ evacuation. Limping from his own wounds, Corporal Mitchell assisted in the evacuation of the last casualty through the impact zone under enemy fire, ultimately saving the lives of multiple Marines. By his bold leadership, wise judgment, and complete dedication to duty, Corporal Mitchell reflected great credit upon himself and upheld the highest traditions of the Marine Corps and the United States Naval Service.