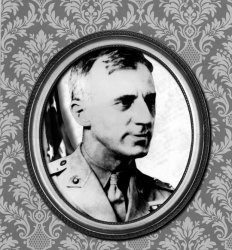 As Commanding Officer of detachments from the 5th, 13th, 23d Companies and the marine and sailor detachment from the U.S.S. Connecticut, Major Butler led the attack on Fort Riviere, Haiti, 17 November 1915. Following a concentrated drive, several different detachments of marines gradually closed in on the old French bastion fort in an effort to cut off all avenues of retreat for the Caco bandits. Reaching the fort on the southern side where there was a small opening in the wall, Major Butler gave the signal to attack and marines from the 15th Company poured through the breach, engaged the Cacos in hand-to-hand combat, took the bastion and crushed the Caco resistance. Throughout this perilous action, Major Butler was conspicuous for his bravery and forceful leadership.