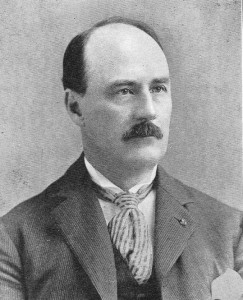 William Dickey was our commander 100 years ago. He received his MOH for action on June 17, 1864 at Petersburg, VA. He refused to leave the field as commander of Battery M, 15th, NY Heavy Artillery after being wounded by a piece of shell. The next day he successfully led his command in the assault on the enemy’s works. The award was presented on 10 June 1896.

After receiving the award he was elected to the NY Supreme Court where he served with marked distinction for seventeen years. He died on May 17, 1924.